The Jemez Springs Public Library gained widespread recognition with a series of Tri-Cultural Authors Symposiums. Starting in 2001 and organized by Friends of the Library, all authors had ties to New Mexico. Each panel, except the last, represented the three New Mexico cultures: Native American, Hispanic and Anglo. The first symposium featured three nationally known authors, two of whom lived part time in Jemez Springs: N. Scott Momaday and Rudolfo Anaya. Momaday is best known for House Made of Dawn, for which he won a Pulitzer Prize. Rudolfo Anaya is known as the “father of Hispanic literature” and best known for his novel, Bless Me, Ultima. Tony Hillerman, the third author, gained immense popularity for his series of mysteries set on the Navajo Nation. Poster art and design were all contributed by local artists. All aspects of the symposia were done through the work of volunteers. 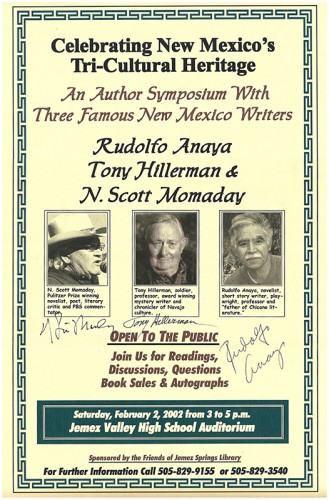 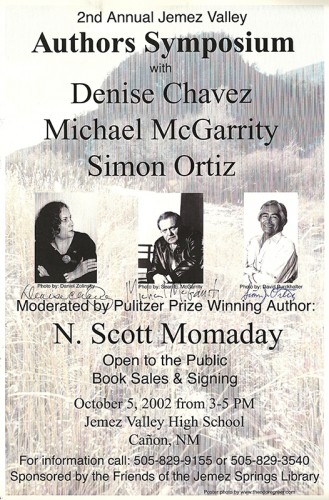 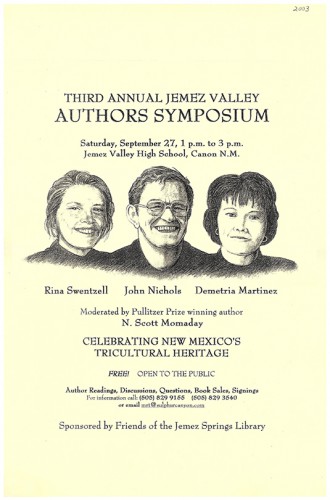 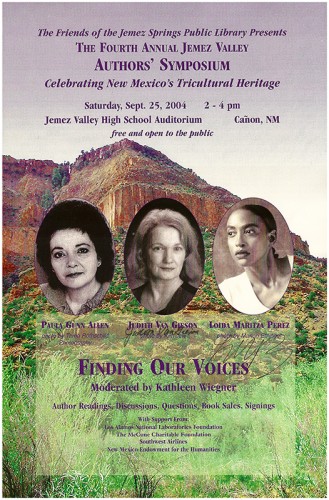 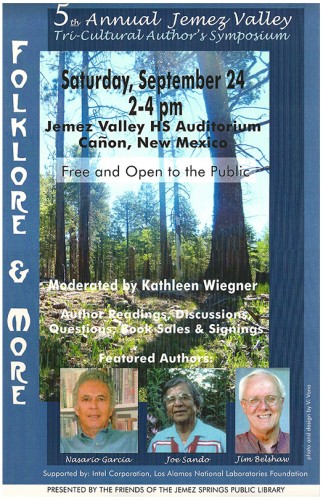 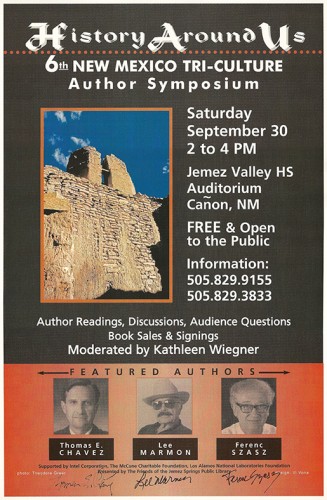 The seventh and final of the symposium departed from the previous format to feature all science fiction/fantasy writers. While all had ties to New Mexico through residence and/or education, they did not represent the three cultures as did the others. 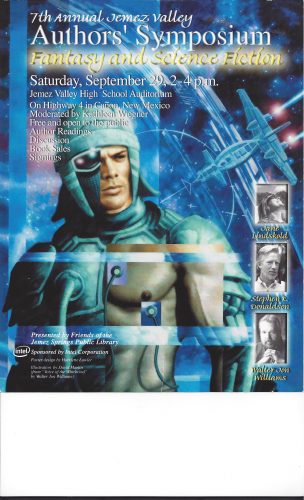