In the past two and a half years, the Servants of the Paraclete, located in Jemez Springs, just north of the Handmaids of the Precious Blood and the Bodhi Mandala Zen Center, have become nationally known because of sex offense claims and litigation that has been brought against the Paraclete, and some of the men who have resided at the facility in Jemez. The Very Reverend Liam Hoare, executive director of the facility, says the unwanted publicity has caused turmoil to the extent that the center is changing its scope and direction. 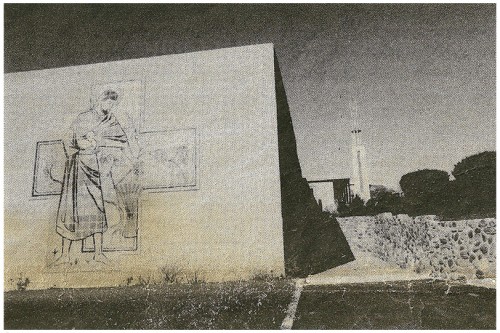 The buildings which front on Highway 4 north of Jemez Springs are part of the 2,600 acres owned by the Servants of the Paraclete. Photo by Elsie MacKinnon/Jemez Thunder

“The Jemez Program which has existed in the Jemez Valley since 1982 is in the process of being phased out for the following reasons: first, the unsought for notoriety of being stigmatized as the pedophile center for the Roman Catholic clergy throughout the world. Second, the recent series of litigations which the Servants have endured over the past two years has left the congregation and staff exhausted, both financially and emotionally, ” Father Liam said. All of the residents presently at the program will leave. “They will be sent to similar facilities elsewhere in the United States,” he said.

The termination of this program will be complete by the end of March. “The Villa Louis Martin will become a long-term residential center for priests and brothers who have been in other treatment centers, but who need a modified, ongoing supportive community where they will continue to receive pastoral and professional assistance,” Father Liam said. Many of the new residents will be older, but must be in good physical condition because of the distance to any comprehensive medical facility, he said.

Because this group of residents will be more capable of doing for themselves, the professional contractual staff, as well as the support staff will be reduced by as much as 25%. “We call it therapeutic chores, and there won’t be the same demand for staffing as there was in the intensive program,” he said. The staffing reductions would also be complete by the end of March.

This is not little first time the center has changed its mission. It was originally purchased by Father Gerald Fitzgerald in 1947, and consisted of an old stone and adobe inn, known originally as Esperanza, which means “hope.” “Paraclete” means advocate, sponsor, intercessor, comforter or sanctifier. There were approximately 12 rooms at the inn.

Joe Garcia, Sr., was hired to work on remodeling and maintenance, and was the only outside help. He worked for the Paraclete for 36 years, until 1980. Now 71, Garcia still lives in Jemez Springs. “Whatever needed to he done, l did it, carpentry, plumbing, electric. I did everything,” Garcia said.

There are approximately 2600 acres which belong to the Servants of the Paraclete, much of which is in the mountains behind the housing. Garcia said the Servants once owned much more property. “Anything that was not privately owned, the Paraclete had it. Their north boundary was just past Soda Dam, and the south boundary was a little south of where the new credit union is. They owned everything behind Mooney Blvd., the Bodhi, the property where the Handmaids are, and the property where the Canyon Quarters is.“

The park in the Village of Jemez Springs is named for Father Fitzgerald. “He donated the property that the village owns when the village became incorporated,” said Garcia.

The Paraclete also own the site known as Lourdes, which is across the highway and up the road. It sits on 26 acres, and has a rich history. It changed hands several times, but in the ’20’s and ’30’s it was owned by a family from the east. “Those folks were from Chicago. They used to run horses there, and have a lot of gambling. I heard it could get pretty rough, sometimes,” said Garcia.

‘‘It was called the Lazy Ray Ranch back then, and wealthy people from all over the country would come. Back then, it was just a dirt road to come up here, so I guess once they were here, they probably stayed all summer, just lazing around,” he said. It is rumored that Al Capone sometimes stayed at the Lazy Ray.

An old road can be seen going up behind the main buildings. Although it is now impassable, at one time 4-wheel drive automobiles could drive back into the mountains. If they provided access, then they could build back there at some time,” Garcia said. He said there is still an aluminum cross up high in the hills by the road.

The facility began with Father Fitzgerald’s dream: a home for troubled priests. Father Liam said Father Fitzgerald’s goal was to create a safe place, “for the sole purpose of assisting Catholic priests and brothers who were wounded in the battle of life, experiencing all of the human problems that any human being can experience, personally or vocationally.” 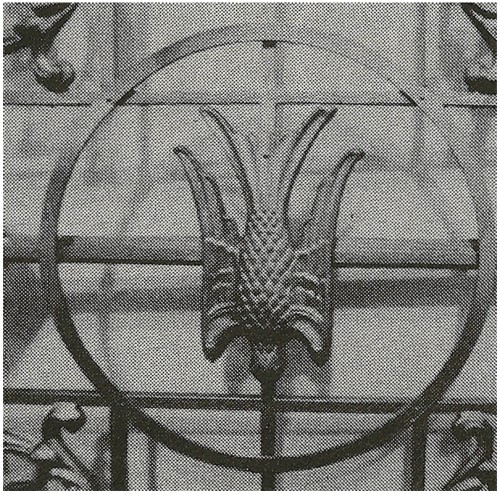 Father Fitzgerald’s goal was to build a safe haven for troubled priests and brothers. Photo by Elsie MacKinnon/Jemez Thunder

Father Liam speaks with some expertise, as he spent several years in the company of Father Fitzgerald, and acted as his interpreter in Rome. “He was at pioneer. This type of facility was the first of its kind in the Church, and the first in the United States,” said Hoare.

Over time, the complex grew. The remodeled inn was renamed Via Coeli, or Way to Heaven. Additional buildings were constructed. Father Liam described the organization at that time as, “An open-ended monastic community. The priests and brothers did everything. There was virtually no outside help. It was self sufficient and self-sustaining. There was only one person hired as outside help, Joe Garcia.”

Garcia said at one time the center operated a medical clinic for both the residents and the community. “The Sisters at the Handmaids used to cook and clean and were professional nurses. They ran the clinic until the regulations for handling medications got really complicated,” he said.

More buildings and more land were gradually added. Villa Louis Martin can house up to 23 persons, the conference center has a capacity of 24. Lourdes is the home of the Servants of the Paraclete, which administers the center, and has a capacity of 12.

Over the years the center has continued to change. Through 1977, Father Liam said, “It was a retreat entirely spiritual in nature and scope. In the 60s and 70s it was seen that what was being done was warehousing these people who did not fit in anywhere else. It was a safe, non-judgmental place to live. It did not pretend to be professional in any way,” he said.

This too began to change. Father Michael Foley, who directed the Servants of the Paraclete after Father Fitzgerald, sent people to school to obtain professional accreditation in psychology, psychiatry, social work and spiritual direction. Father Liam, who has been the executive director of the Paraclete for eight years, is a psychologist and certified addictions counselor, as well as a licensed psychotherapist. Their professional staff consists of several consulting physicians and professionals, including clinical psychologists, group and individual therapists, cardiovascular, and stress management professionals.

“We provided a family-like atmosphere where men suffering from depression, personality disorders, adjustment disorders, vocational crisis, and stress disorders could come, and with the sunshine of nature, charity and the Eucharist (Holy Communion), could become well again.” 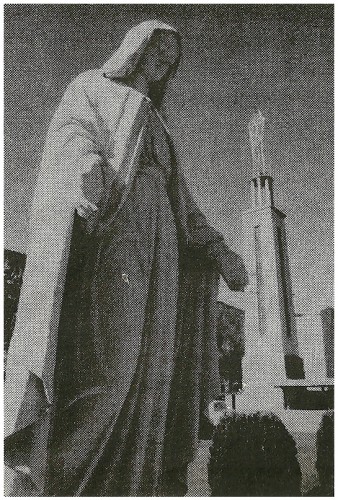 “We need to rest and want to demonstrate good will and care for people in the Jemez Community.” Photo by Elsie MacKinnon/Jemez Thunder

Before those changes were complete. Father Liam likened the situation to a combat zone, where the tools for treating the residents were not adequate, but there was no place else for these men to go. “We were like the M.A.S.H. unit of the Roman Catholic Church. We did not always know what the men‘s problems were until they arrived. Of course, we had to remove the psychotic ones. You had to take care of yourself. It wasn’t a prison, and some men had cars.”

At one time. the primary residents were alcoholics, and the facility was referred to as “The Center for Boozy Priests.” Father Liam said. “They were like family. Sometimes. especially during the holidays, one or more would go out and tie one on. We would take care of them like you would your aunt or uncle. They are human.”

Since 1977, however, the Jemez Program has operated on a professional level, with guidelines for treatment, and a comprehensive after care program, which followed the progress of all who had attended the center. Especially successful, said Father Liam, was the cardiovascular program, where residents regained their health walking the grounds and Highway 4, sometimes losing as much as 40 pounds.

Concerning the future of the Servants of the Paraclete, Father Liam said, “It would be imprudent to go back to the Jemez Program model. We need to rest, and want to demonstrate good will and care for the people who live in the Jemez community by modifying the programs and going in new directions.”

He said one or the new directions the Servants want to explore is the possibility of turning the Foundation House into conference center open to all sorts of special interest groups. “A group, such as Intel, or one of the hospitals, or other service-oriented agencies could come to use the conference center, and we would provide their meals and rooms.” he said. With the increased use of this facility, he said he hoped staffing could once be increased.

Father Liam expressed hope that the new purpose of the center will be successful, and that the intent to provide for conferences will help the community economically. “We hated to let any of our staff go. I know what that means to a community of this size,” he said.