We are indebted to Mr. and Mrs. Lew Caldwell, Jr. of Ponderosa for sharing these memories of the late Lew Caldwell Sr. with Times-Independent readers. When Mr. Caldwell passed away this week, he had seen and been part of New Mexico history since pre-statehood days. Much of the activity took place in and around our own county, where Caldwell, a Ponderosa resident for some years, would have celebrated his 89th birthday on March 9. 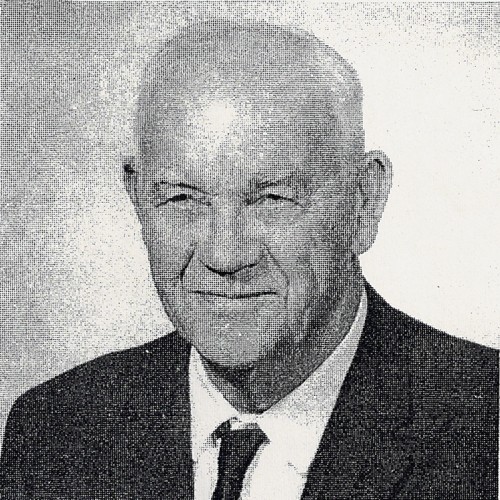 He was born and raised in southern Colorado where his father had sawmills gristmills, and horse and cattle herds. Well before the turn of the century he engaged in the coal and coke activities near Walsenburg, Colorado. His first team was a yoke of oxen.

Caldwell was actually a fourth generation pioneer, descended on his mother’s side from Louis Vasquez, a “Mountain Man” in frontier Colorado history, and a sometime partner to the notable Jim Bridger.

He “long-lined” as a young man, driving stage and six-ups in the northern Colorado counties. We are told that when he returned to these haunts a few years ago, after nearly three-quarters of a century had passed, he was able to find Yampa, Steamboat, and Tapona, but marveled at all the places whose names, and buildings had vanished from the land.

In 1910, Caldwell married Bertha Mingus, who survives him at the family home in Ponderosa. For ten years he was master mechanic with supervision of power and light at Vermejo Ranch in Northern New Mexico, before moving, in the 1920’s to Bernalillo.

A the time, the Porter family was investing in setting up the White Pine Lumber Company, which, via the Santa Fe Northwestern Railway, intended to log vast timber stands from the San Diego Grant in the Jemez Mountains. A branch line was being surveyed running from San Ysidro to Cuba, to tap the La Ventana coalfields, then supposed to be rich and inexhaustible; the promoters hoped to extend it north into Colorado and called it “The Cuba Extension.” Caldwell brought the SF & NW’s first locomotive, the old “Number 101” from Topeka, Kansas yards to Bernalillo as engineer. His further duties with the Porter empire involved hoisting into place tons of machinery onto the floors of three storeys of the twin-band sawmill, of laying track to Jemez Pueblo, and later into the Rio las Vacas in the Jemez Mountains, with the spectacular tunneling in the Virgin Canyon, and the high wooden trestle crossing the San Joaquin.

Again, as master mechanic, Caldwell was engaged in the ill-starred mammoth promotion at Hagan, today a ghost town in east central Sandoval County. In 1926, after his work in this enterprise, he first started in business for himself, setting a small sawmill in the lower San Juan Canyon of the Jemez to furnish special bridge timbers and crossties for the “Cuba Extension Railroad.” The financial difficulties of its promoters caught him in the middle when they failed in 1928; and although for a time he was forced out of business, he honored all his own debts. In the interval, he worked for the U.S. Forest Service, building the Loop Road over Sandia Crest; and

later directed the planting of the pine groves on the campus of the University of New Mexico.

Back in the sawmill business in 1930, Caldwell furnished timbers, ties, and piling for tall buildings in Albuquerque and Santa Fe until forced out of business by the Depression.

He again stood to meet his debts, and, back with the Forest Service, rebuilt Cerro Pelado Lookout Station, packing materials in piecemeal by horseback; and directed construction of the first passable road by the Valle Grande to what is now Los Alamos.

When the Manhattan Project took over the Los Alamos’ Boys Ranch during World War II, Caldwell was again running a mill with his oldest son and son-in-law. He furnished special timbers for what was to become Los Alamos laboratories, and though he did not know the purpose at the time of delivery, a truckload of 12” x 12” timbers built the blockhouse from which the first atomic explosion at White Sands Proving Ground was witnessed. He was continuously involved with furnishing items for the military, and was due to be honored next month for meritorious aid to defense.

He was a director both in his Soil Conservation District, and of the Jemez Mountain Electric Cooperative, and was honored by the U.S. Forest Service in 1958 with a special award in appreciation of his years of service in his home district.